“We seek to determine how gut metabolites may influence stroke outcome and long-term post-stroke comorbidities.”

Stroke is a frequent and devastating disease: accounting for almost 1.5 million of people suffering a stroke each year in Europe with only 15% of stroke patients being eligible for a specific treatment. Despite considerable advances in prevention and care, stroke remains one of the most common causes of death and the leading cause of long-term disabilities (Benjamin et al., Circulation, 2019).

With the ageing population, patients living with stroke are estimated to increase within the next 15 years of almost one million across the EU (Wilkins et al., The Burden of Stroke in Europe, 2017).

Thus, there is a pressing need for a better comprehension of the underlying biological mechanisms occurring during a stroke to prevent the cascade of deleterious events, to dampen the post-stroke comorbidities and eventually to ameliorate recovery.

Stroke is a neuroinflammatory disease that is characterized by the recruitment of circulating immune cells to the injured brain. Previous studies have focused on how to modulate the peripheral immune system to improve stroke outcome. The gut contains the largest number of immune cells in our body and the function of immune cell is regulated by the gut microbiota.

Experimental findings suggest that the composition of the microbiota is changing after stroke (also known as dysbiosis) and induces detrimental effects on the ischemic brain. We have shown that the function of immune cells is modulated by the gut microbiota and that intestinal immune cells migrate from the gut to the brain where they contribute to neuroinflammation and secondary brain injury (Benakis et al., Nat. Med., 2016; Singh et al., J. Neurosci., 2016). In particular, modification of the gut microbiota composition towards an anti-inflammatory response in the gut is neuroprotective, and re-establishing the dysbiotic microbiota in mice subjected to stroke by fecal transfer from an non stroke animal improves outcome, showing a direct connection along the gut-brain axis via intestinal immune cells. However, it is still not known which bacterial species and bacterial products are involved in this gut-to-brain communication and how they impact stroke outcome and post-stroke comorbidities. 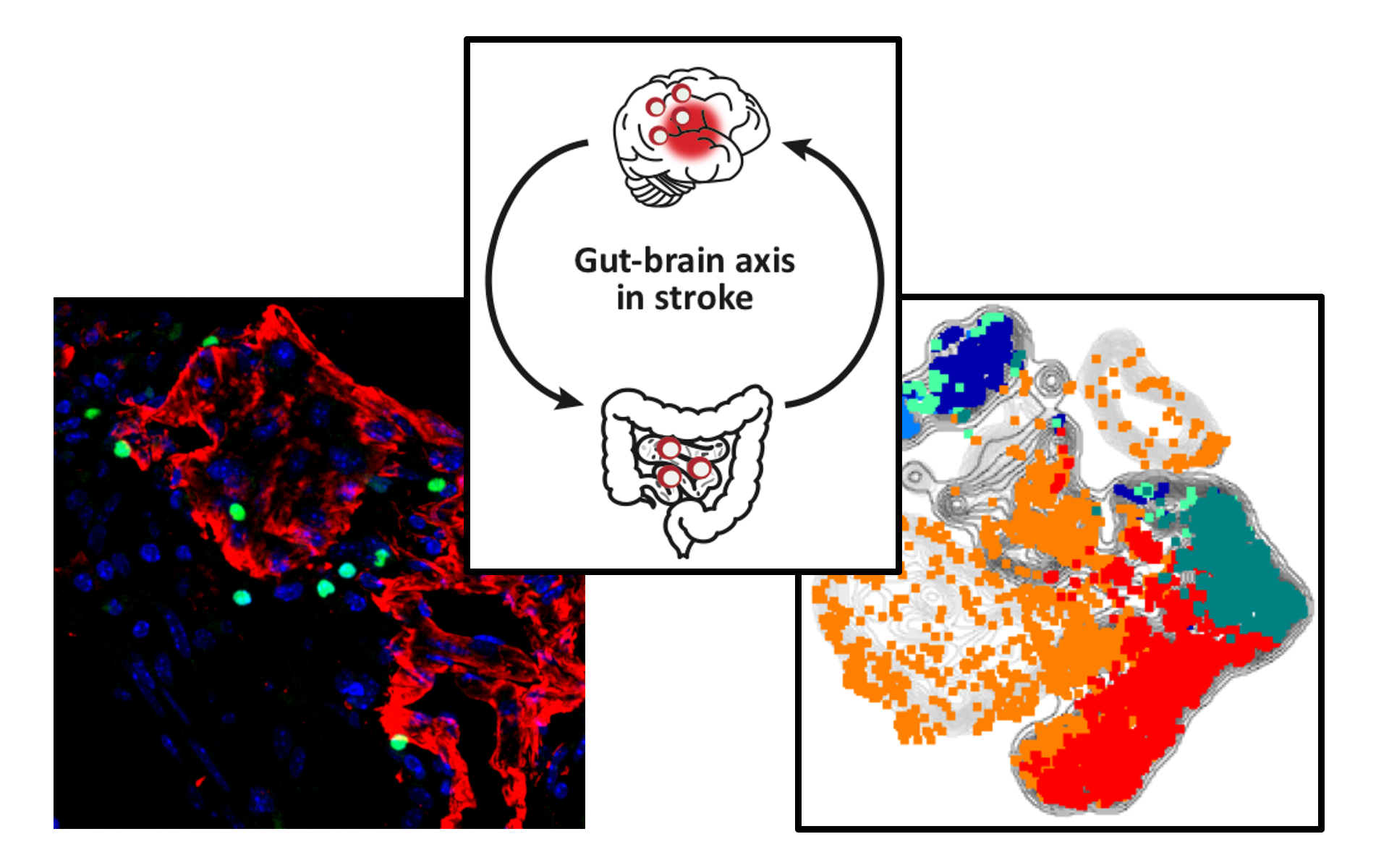 The gut-to-brain communication may occur via the production of metabolites from the gut resident bacteria. Indeed, there is accumulating evidence showing that metabolites derived from the microbiome influence brain diseases via the regulation of intestinal immune cell function (Rothhammer et al., Nat. Med., 2016).

The key objective of my research is to investigate whether metabolites produced by the gut bacteria can influence the neuroinflammation to stroke as well as post-stroke comorbidities.

Understanding the mechanisms involved in microbiota-brain communication may have strong therapeutic implications in stroke and the underlying comorbidities, and will open to new treatment strategies using dietary interventions or probiotics/postbiotics for stroke patients. 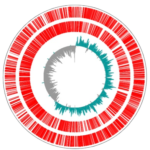 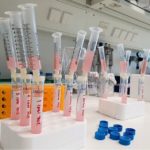 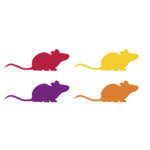 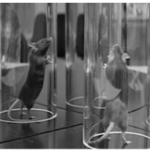